By: Sorcha Faal, and as reported to her Western Subscribers

Reports circulating in the Kremlin today state that an enraged President Putin has ordered Russian Foreign Ministry Officials to begin the processes needed for Russia to recognize the Lakota Sioux Indian Tribe as an independent Nation, and who have now broken away from the United States by renouncing their treaties with their occupiers, and as we can read as reported by the AFP News Service:

Putin's anger, according to these reports, is based upon the United States engineering of the failure of United Nations talks on the Serbian breakaway province of Kosovo which is seeking independence, and which, according to Russian experts, will lead to an 'uncontrollable crisis' throughout the Balkans.

Putin was reported to have told one of his top aides that 'two can play at this game', in an obvious reference to the American President whom President Putin blames as being behind the machinations to increase instability along Russia's borders with Eastern Europe.

Russian legal experts further state that of all of the United States Indian Tribes, the Lakota Sioux are the best positioned to have their declaration of independence from the American government recognized by the United Nations as they remain the only indigenous peoples in the US to have refused to accept payment for their lands, estimated to be nearly $1 billion, which they consider their 'sacred grounds' and have stated they would never relinquish.

It is, also, interesting to note that the Lakota Sioux are credited with one of the American Indians greatest defeat of US Military Forces in the Indian Wars by defeating the US Civil War Hero George Armstrong Custer and his Seventh Calvary in June, 1876 at the battle of Little Big Horn.

With these latest events, and with Russia as a potential new ally, one can only wonder if these long suffering and resilient Indians can once again defeat their age old enemies residing in the corridors of power in Washington D.C. 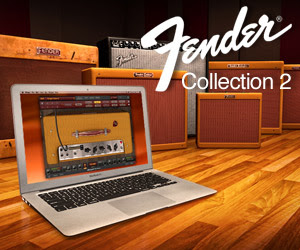